To our dedicated Expresso bike owners,

Over the weekend this video was leaked on YouTube featuring myself riding games that are currently under development. It was, our intention for the new games to make their public debut at IHRSA, however, as this video has already come to light, I would like to issue the following statement to address the barrage of questions that have come in as a result of the footage.

A wise man once said that to discuss the future we must look to the past. Since the birth of Interactive Fitness in September of 2009, the Expresso experience has improved dramatically for bike owners with eLive. In 2011 we added Rabbit Run, Falcon Flight, Camel Country, and Grape Stomper to your bikes. In 2012 Mini Mayhem, City Express, Ravens Roost, and Lost Valley took center stage. In 2013 we launched the CyberCycle, Expresso HD and introduced the Top 100 Team Cardio program.

Last year “new games” were our most requested feature, which is why today, after 4 years of hibernation, we are proud to announce Project Khaleesi: The Rebirth of the Dragon.

Over the past year we have been hard at work building not one, not two, but nine new maps for you and your members to explore, enjoy, and conquer. Each map presents different elements and challenges that will put the fun in fitness like never before. 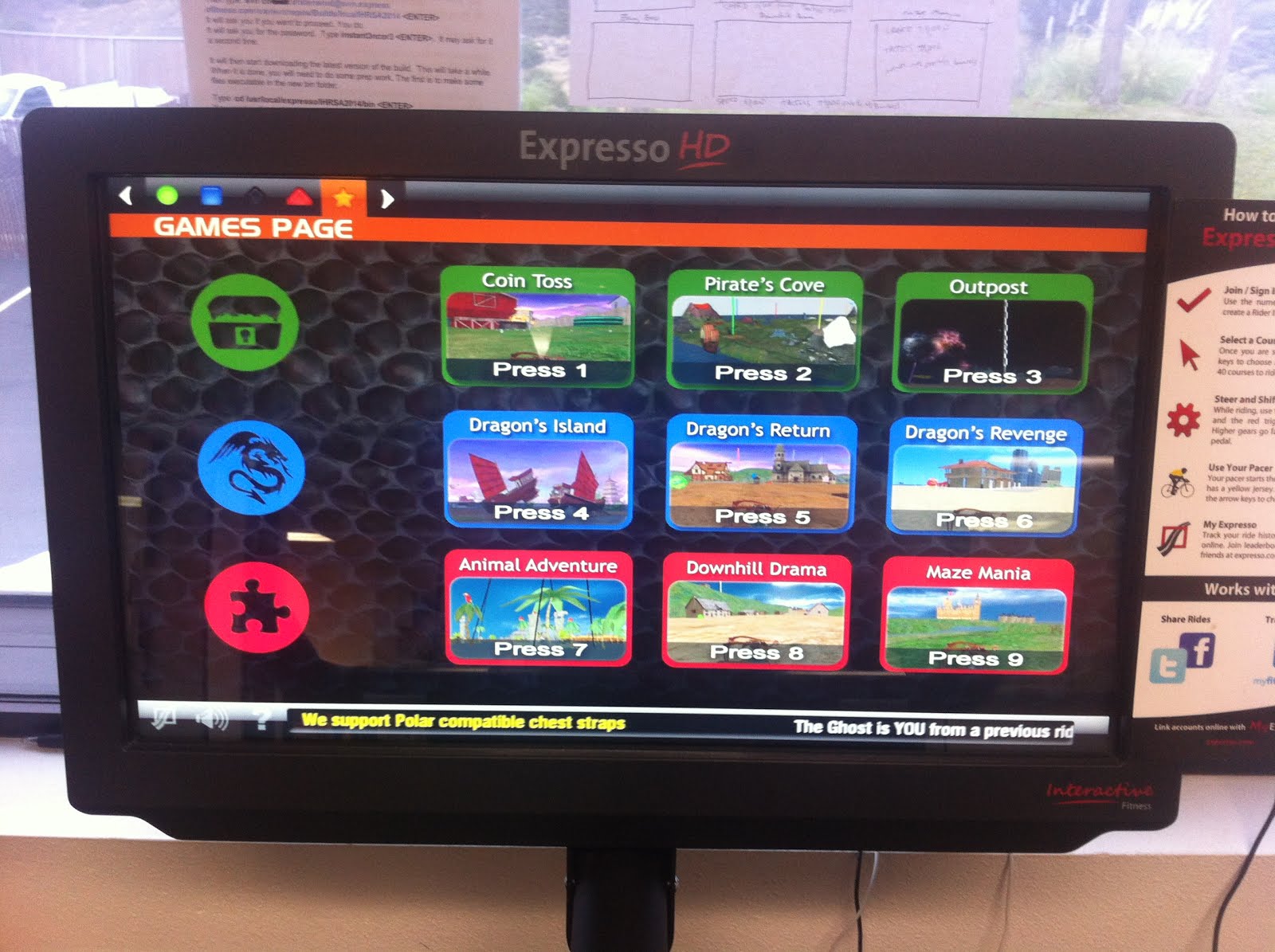 Pictured here is the menu for the new games. The three different colored icons on the left show the different worlds – each with three maps outlined with the same color.

The maps of the Treasure World are littered with coins and other goodies. Your members will need to explore and collect as much treasure as possible, picking up speed and point bonuses along the way. Conquer the Coin Toss map to unlock the Pirate’s Cove map. Then plunder Blackbeard’s booty to unlock and teleport over to the Outpost map.

The maps of the Dragon World are fraught with peril. Your members will need use their brains and brawn to catch coins and tame these mythical beasts. The master hunters of the Dragon’s Island map will unlock the Dragon’s Return map. The legendary riders who return victorious have one battle ahead of them upon unlocking the Dragon’s Revenge map. Strong legs and an even stronger will are needed to achieve greatness in the world of the Dragon.

The maps of the Puzzle World each present a unique challenge for your members. Only after navigating the zoo in Animal Adventure will they unlock Downhill Drama. A quick descent will open up the entrance to Maze Mania. Enter with caution and ride with passion.

In addition to the nine new maps we have added 35, 40 and 45 minute options for gameplay and each map will be playable in 3 modes: 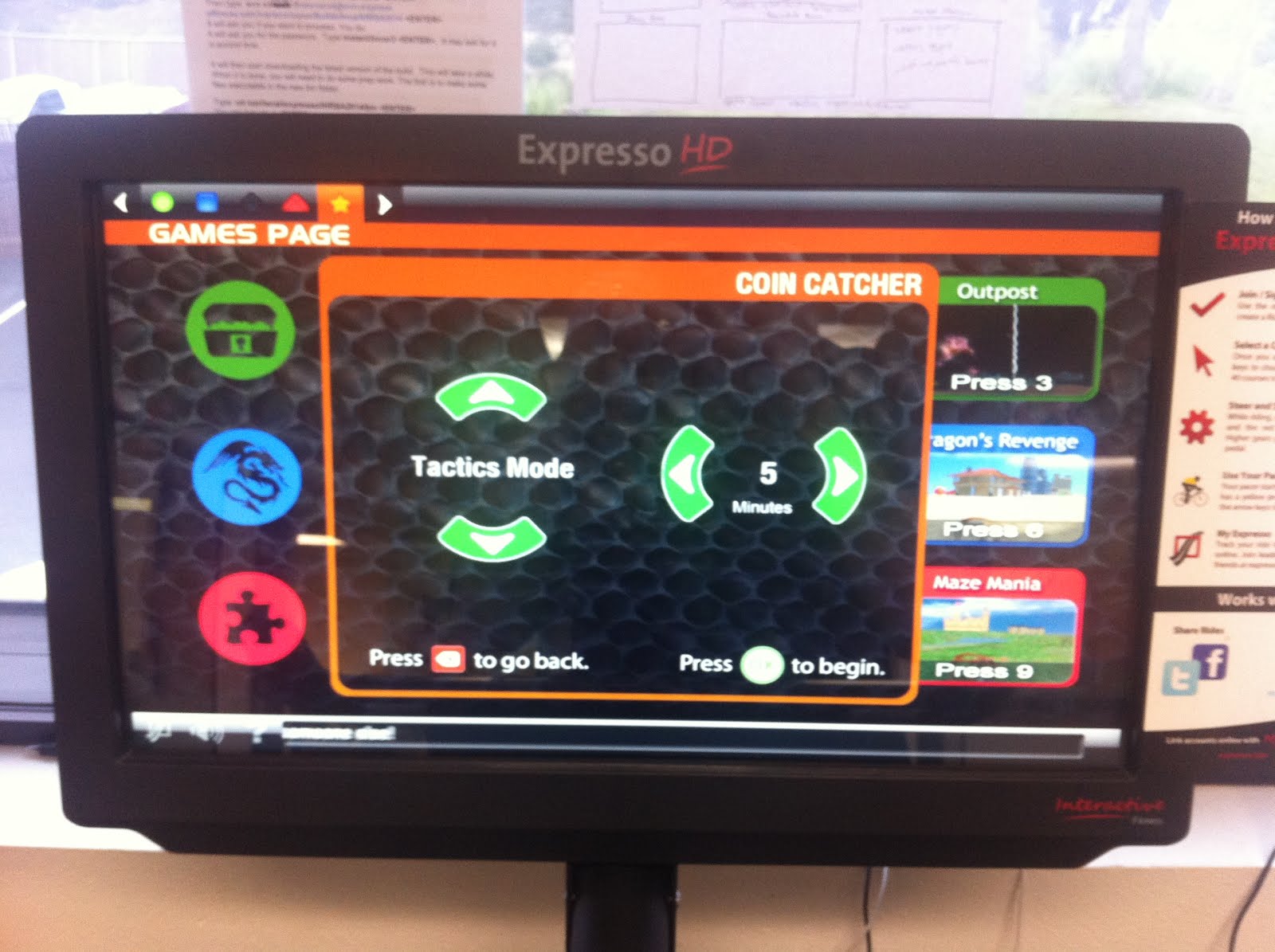 Speed Mode: Includes lots of speed bonuses that don’t expire! Speed mode is great for kids and adults who like to live fast. Its also great for getting the lay of the land before advancing on to Tactics or Power mode.

Tactics Mode: Max out your score with both speed and points bonuses. Tactics mode will feel familiar for those who have spent time in Proving Grounds.

Power Mode: Includes only points bonuses. You will need to earn every inch in power mode but you will be rewarded handsomely with lots of points. Power mode is not for the feint of heart.

You are invited to witness the rebirth of the dragon at IHRSA. The Interactive Fitness booth (2162) will be just off the main walkway behind Technogym. All worlds and maps will be unlocked for the show and you can contact me directly to setup a meeting and reserve a time to play.

Post IHRSA, Project Khaleesi will be released publicly to our HD owners with eLive who can expect to begin playing in summer of 2014. Moving forward, major updates will be focused on the HD platform so that we can continue to innovate and keep the fun in cardio fitness.